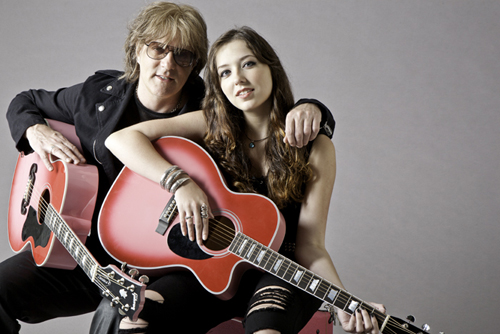 The purpose of the Pinkburst Project is to bring awareness and to help fund research for a cure of a disease called Uveitis. Uveitis is an inflammatory eye disease. Think of it as getting “arthritis of the eyes.”

The disease inflames the Uvea, the middle lens in the eye and is linked to the auto immune system.

Samantha’s sight has been preserved through a cocktail of topical and systemic medications that her physician, Dr. Stephen Foster and his associated doctors at the Massachusetts Eye Research and Surgery Institution (MERSI) in Cambridge, Massachusetts have carefully administered over the last 10 years. Uveitis can go can go into remission and even disappear completely for reasons not fully understood.

When you get it as a child, you don’t see it or feel it. Several years can go by in which the ‘scarring’ of the lens in the eye goes unchecked. Your slowly lose vision because the blood vessels behind the eye become inflamed and chokes off the blood supply causing irreversible blindness. As an adult, the symptoms are different. Your eyes hurt, can be bloodshot, light can irritate you and your vision gets worse very quickly.

Samantha was diagnosed in 1999 during a routine eye exam at her public school. She came home with a note that said that during the exam, the young eye doctor saw something that didn’t look right and that we should have a more highly trained Opthalmologist examine her. Through our own research, we were fortunate to find Dr. Stephen Foster, the world’s leading authority on inflammatory diseases of the eye including Uveitis. It is Dr. Foster’s The the Ocular Immunology and Uveitis Foundation that will reap the benefits of this auction.

During that first undiagnosed year there was some irreversible damage done known as ‘scarring’ of the uvea. This ‘scarring’, compounded by the steroid drops that one takes, in a multi- faceted approach, has given Samantha cataracts. The cataracts, when mature, will be removed. So far, there does not appear to be any permanent damage.

It is important to mention that not only can early detection save your sight but how one is treated is very important. Steroid drops can stop the inflammation in the short term., however used for extended periods of time will inevitably cause cataracts and potentially glaucoma. Immunusupressent Chemotherapy is a preferred alternative to steroid only treatment, Samantha has been on five different cycles of chemo drugs over the last 10 years. They all work to different degrees, are all toxic and have to be monitored constantly to look for liver damage. One of the drugs, Remicade, costs athousand of dollars per dose and must be administered intravenously hour (over multiple hours) usually in a pediatric cancer ward every six to twelve weeks for at least two years. The drug worked but, as it is a very powerful immune suppressant, a child gets a cold and flu all the time which just really screws up the child’s quality of life.

This past August Samantha was put on Humira which is injected every two weeks, just above the hip by a doctor. It takes only about a minute and it stings for about 10 minutes afterwards. So far, she has reacted very well to this and her eyes are ‘clear’ of any inflammation. If she stays clear, she will be weaned off it in August 2012, and at that time time we will know if her body has become able to fight off the inflammation of her eyes on its own, just as all ‘normal’ people’s immune systems do.