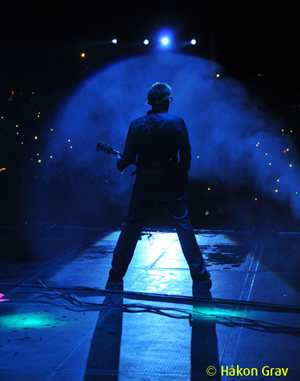 French is most famous for his role as the founding member and one of the guitarists of the heavy metal band Twisted Sister. Since his first performances with Twisted Sister, French has played more than 9000 concert performances. Being an avid runner, French has also completed two New York Marathons, in 1981 and 1986. As a guitar player, manager, producer and executive producer, French has sold over 20 million albums, performed in 34 countries and performed live over 9,000 times.

French was an anti-Vietnam war and civil rights activist. In the summer of 1967, he attended the Shaker Village summer program, and was a bunkmate of Ben Chaney, brother of James Chaney, one of the three murdered civil rights workers who died on a voting registration drive in Mississippi in 1964. These events were later portrayed in Alan Parker´s movie Mississippi Burning in 1988.

The seeds for French´s musical life were planted in 1963, when he attended his first concert, seeing the legendary folk group The Weavers in Carnegie Hall.